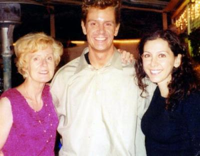 THS reader Christopher Lane brought this article to my attention, and asked me to forward it on to my readers. Yet another tragic consequence of dangerous and overused psychiatric drugs.

Mary Weiss, a mother in Minnesota, was one such person who wrote me last month. I’d been on the radio, talking about issues tied to my book. Ms. Weiss wrote an email afterwards, telling me about her son, Dan Markingson, who’d been diagnosed with schizophrenia, though she herself has serious doubts that the diagnosis was accurate.

Her son was encouraged to participate in a clinical trial at the University of Minnesota and other campuses comparing Seroquel, Risperdal, and Zyprexa for schizophrenia, schizoaffective disorder, and schizophreniform disorder, a loosely defined diagnosis for people suffering from “mood disorders with psychotic features.” The trial was sponsored by AstraZeneca, maker of Seroquel, which put the researchers and university in an obvious conflict of interest. Dan was given 800 mg of the drug.

Over 70% of patients in the trial dropped out. But Dan was strongly dissuaded from doing so and remained in it for five months. He’d been given a directive warning that if he failed to continue in the trial, he would be put in a regional treatment center. His mother did not know about the directive until it was too late.

Bad Behavior has blocked 1358 access attempts in the last 7 days.