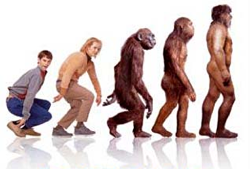 Research by an Iowa State University scientist due to be published this month in the journal Proceedings of the National Academy of Sciences indicates that cholesterol-lowering drugs (statins) may lessen brain function.

“If you deprive cholesterol from the brain, then you directly affect the machinery that triggers the release of neurotransmitters,”, said Yeon-Kyun Shin, the lead researcher. “Neurotransmitters affect the data-processing and memory functions. In other words - how smart you are and how well you remember things.”

Cholesterol is abundant in the tissue of the brain and nervous system. Myelin, which covers nerve axons to help conduct the electrical impulses that make movement, sensation, thinking, learning, and remembering possible, is over one fifth cholesterol by weight. Even though the brain only makes up 2% of the body’s weight, it contains 25% of its cholesterol.

We now know that the formation of synapses, or connections between neurons, is directly dependent on the availability of cholesterol.

The formation of these synapses are what give us the ability to remember and learn. The benefits of sleep for memory formation and learning are in part a result of increased cholesterol synthesis during sleep.

This study is yet another strike against statin drugs, which have numerous side effects and are not effective in reducing mortality for the vast majority of the population. Please see my recent article, The Truth About Statin Drugs, for more on why statins are probably not a good idea for you and your loved ones.

Bad Behavior has blocked 306 access attempts in the last 7 days.