You are currently browsing the archive for the Uncategorized category.

Ah, the joys of technology.

I broke something in the process of upgrading to the latest version of WordPress early this morning, and the blog was down the entire day.

Just got it up and running again, and with a shiny new coat of paint to boot! If you weren’t able to access the site earlier, you shouldn’t have any trouble now.

Make sure to eat plenty of good fat over the holidays! 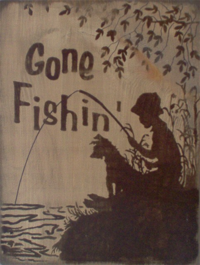 You may have noticed that I haven’t been posting much lately. And although the title of this entry is “Gone Fishin’”, that’s not exactly what I’ve been up to.

In addition to my work as what you might call a “nutritional activist”, I am also involved in efforts to raise awareness on various political, environmental and economic issues we are facing today. The coming presidential election, the current economic crisis, and the acceleration of climate change have inspired me to shift my energy and attention to these areas for the near future.

I have also been extremely busy with graduate school, which has reduced the amount of time I have available for writing on the blog.

My intention is to begin posting here more frequently again just after the new year.

In the meantime, feel free to continue commenting on existing posts and I’ll do my best to answer your questions. I wish you a holiday season full of joy and connection.

I will be offering a FREE talk on the holistic treatment of depression on September 24th, from 7:00 – 9:00 PM at the Acupuncture & Integrative Medicine College in Berkeley, CA.

The World Health Organization states that depression is the leading cause of disability, affecting more than 120 million people worldwide. Antidepressants are now the most popular class of drugs in the U.S., and their use has been growing rapidly over the past two decades. From 1990 to 2000, prescriptions for SSRIs (the leading class of antidepressant drugs) rose by a staggering 1300%. In the last year alone, 30 million patients in the U.S. spent over $12 billion on antidepressants.

However, despite their aggressive promotion and widespread use, recent evidence suggests that antidepressants are not as effective as we have been led to believe. Other studies have raised concerns about the long-term safety of antidepressant drugs, including a potential increase in suicidal behavior in both children and adults.

In this two-hour presentation, you’ll learn about several non-drug treatments that are clinically proven to be at least as effective as antidepressants for relieving depression in all but the most severe cases. We will also review various theories on the nature and causes of depression, drawing upon both modern science and traditional wisdom.

WARNING: Withdrawal from antidepressant drugs must be very gradual, and should always be done under the supervision of a licensed medical professional. Do not, under any circumstances, stop taking your medication without such supervision.

AIMC is an easy, 10-minute walk south on Shattuck from downtown Berkeley BART.

I will be posting much less frequently over the next few weeks. I’m preparing for a public presentation of my research on depression and antidepressants on September 24th, and I won’t have much time for the blog during that period.

In the meantime, please feel free to comment on existing articles and I will make an effort to respond.

If you are local (SF Bay Area), keep an eye out for an upcoming announcement for the public presentation. It will be from 7:00 – 9:00 PM on September 24th at the Acupuncture & Integrative Medicine College in Berkeley. Save the date!

Bad Behavior has blocked 558 access attempts in the last 7 days.