You are currently browsing the archive for the Toxins category. 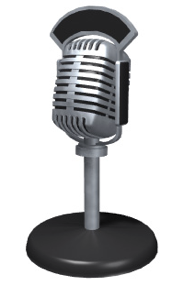 In the next few months I’m going to be offering several free talks in the SF Bay Area. The first of these is on the importance of detoxification in promoting health and longevity. It’s on December 4th, from 11:00am – 12:30pm at DIAKADI Body, a fantastic personal training and wellness center in the SoMA area of San Francisco.

You can read more about the talk and register for a space here. Please do register, as we’re expecting a good turnout and we want to make sure we have enough seats for everyone.

You can also download the flyer by clicking on it below.

In other news, last week I posted a link to my new professional website. I’ll be blogging over there as well, and the content and flavor will be a little different than what I do here. Less “research-y”, and more “nuts & bolts” kind of stuff – tips on diet & lifestyle, recipes, supplement recommendations, local SF Bay Area events, book reviews, etc. I’ve published a few blog posts already, so check them out if you haven’t yet. The most recent article is about “stress denial“.

How toxins are making us fat and diabetic 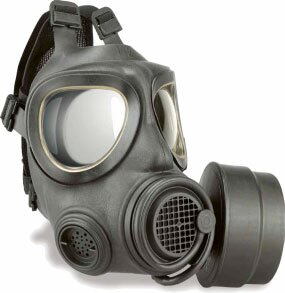 Each year the toxic burden in our air, food and water – and thus our bodies – grows higher than ever before. Companies manufacture 6.5 trillion pounds of 9,000 different chemicals each year. That’s about 3.25 billion tons – enough to fill an ocean supertanker. And the same companies release over 7 billion pounds of 650+ different pollutants into the atmosphere and water.

A recent study by the Environmental Working Group (EWG) found the average person has over 91 toxic chemicals in their body. Some people had as many as 165, including 76 known to cause cancer, 94 known to be toxic to the brain and nervous system, and 79 known to cause birth defects and abnormal fetal development.

If that wasn’t enough, the Standard American Diet itself is highly toxic. Processed and refined foods, industrial seed oils, high fructose corn syrup, and even so-called healthy foods like whole grains and soy all have a toxic effect on the body.

How environmental toxins cause diabesity

I’ve already discussed the role of food toxins in the diabesity epidemic, so in this article we’re going to focus on how industrial chemicals in our air, water and soil contribute.

There are probably other mechanisms that we don’t yet understand. But the ones I listed above are certainly enough to explain the link between toxins and diabesity.

Evidence supporting the role of toxins in the diabesity epidemic

A while back I wrote about a study showing that a chemical called bisphenol-A (BPA), found in packaged foods and beverages, causes obesity in mice.

A 2010 study in Environmental Health Perspectives found that exposure to organic pollutants leads to insulin resistance and metabolic dysfunction in rats.

A review paper by researchers in Korea reached a similar conclusion:

…the metabolic syndrome is the result of mitochondrial dysfunction, which in turn is caused by exposure to persistent organic pollutants.

A National Health and Nutrition Examination Survey 1999-2002 observed a significant correlation between blood levels of six common persistent organic pollutants and diabetes. Those who had the highest serum levels of pollutants had a dramatically higher risk for diabetes.

I could go on, but I think you get the point. Toxins are making us fat and diabetic.

The most obvious first step is to remove all food toxins from your diet. This means ditching processed and refined foods, industrial seed oils, and high fructose corn syrup, as well as grains, legumes and other foods with toxic effects on the body.

The second step is to take steps to reduce your exposure to chemicals at home. This means choosing non-toxic household cleaning, bath, beauty and hygiene products.

The third step is to support the body’s natural detoxification capacity so you can effectively deal with the toxins you do get exposed to. This is a crucial step, because no matter how careful we are, there’s no way to completely avoid toxins.

For those of you that would like some support in this area, I’ll be offering a “Paleo Detox” program sometime early next year. It’s a 30-day, supervised detoxification program incorporating a paleo diet, targeted nutrients to support healthy liver function, supportive and educational weekly meetings, and guidelines for integrating the positive changes you’ve made in the program into your day-to-day life. I will offer both local (SF Bay Area) and long-distance (via webinar) programs. Stay tuned for a future announcement on this.

I came across some interesting research the other day concerning the potential role of Bisphenol-A (BPA) in regulating weight.

BPA is a chemical that is found in several plastics and plastic additives. It’s in the water bottles folks carry to gyms and in the baby bottles moms use to feed their infants. And it’s in almost all of our bodies. A CDC study in 2007 found that 92% of 2,500 subjects studies had detectable amounts of BPA in their urine.

A study published in 2002 by Masuno and colleagues demonstrated that relatively small amounts of BPA significantly reduced insulin sensitivity and accelerated the formation of adipocytes (fat cells). In other words, BPA made the mice fat.

Not only did BPA trigger the conversion of pre-adipocytes to adipocytes, it also stimulated the conversion process once triggering had occurred. This “double-whammy” effect caused a 1,300% increase in fat levels, compared with a 150% increase with insulin alone.

The worldwide obesity epidemic has been primarily explained in terms of poor diet, decreases in exercise, and other lifestyle factors. (I am planning a future series on weight loss, so stay tuned!) However, this research raises the possibility that hormone-disrupting contaminants such as BPA may play a role in regulating weight. BPA triggers and then stimulates two of the key biological mechanisms underlying obesity. It increases the number of fat cells, and it enhances their fat storage.

Health authorities in the US make the claim that the levels of BPA found in most humans are not a risk to human health. However, researchers working in the field have a different view. Ample evidence suggests that BPA can harm lab animals at concentrations below those already occurring in most people.

A report (PDF) published in Reproductive Toxicology by 38 scientists evaluated the strength of data from more than 700 BPA studies.

The panel concluded that BPA exposure in the womb permanently alters the genes of animals, impairs the function of organs in ways that persist into adulthood, and triggers brain, behavioral, and reproductive effects, including diminished sperm production. Effects deemed likely included a heightened sensitivity to carcinogens, impaired immunity, and diminished insulin sensitivity.

Although the jury is still out on BPA’s ability to cause weight gain in humans, I think the consequences of obesity and the diseases it’s linked to far outweigh the “convenience” of drinking out of plastic water bottles. Of course there are several other reasons not to use plastic water bottles, including the waste they generate and their harmful effect on oceans and sea life.

So do yourself and the planet a favor: get a stainless steel water bottle, and abstain from drinking bottled water! I like the Klean Kanteen brand, but there are many others.

It has also been shown that polycarbonate baby bottles heated by microwave leach BPA into milk fed to infants. So Moms, please don’t heat those bottles in the microwave!

Bad Behavior has blocked 636 access attempts in the last 7 days.