A healthy gut is the hidden key to weight loss 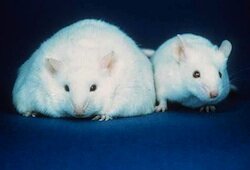 In a previous article in this series on diabesity I briefly mentioned the role of gut health in obesity and diabetes. I’d like to go into more detail on that subject here, especially since it’s not a very well known relationship.

Our gut is home to approximately 100,000,000,000,000 (100 trillion) microorganisms. That’s such a big number our human brains can’t really comprehend it. One trillion dollar bills laid end-to-end would stretch from the earth to the sun – and back – with a lot of miles to spare. Do that 100 times and you start to get at least a vague idea of how much 100 trillion is.

The human gut contains 10 times more bacteria than all the human cells in the entire body, with over 400 known diverse bacterial species. In fact, you could say that we’re more bacterial than we are human. Think about that one for a minute.

We’ve only recently begun to understand the extent of the gut flora’s role in human health and disease. Among other things, the gut flora promotes normal gastrointestinal function, provides protection from infection, regulates metabolism and comprises more than 75% of our immune system. Dysregulated gut flora has been linked to diseases ranging from autism and depression to autoimmune conditions like Hashimoto’s, inflammatory bowel disease and type 1 diabetes.

Recent research has shown that the gut flora, and the health of the gut in general, also play a significant role in both obesity and diabetes. I’ve seen this anecdotally in my practice as well. Nearly every patient I treat with a blood sugar issue also has a leaky gut, a gut infection, or some other chronic inflammatory gut condition.

We now know that the composition of the organisms living in your gut determines – to some extent, at least – how your body stores the food you eat, how easy (or hard) it is for you to lose weight, and how well your metabolism functions. Let’s take a closer look at the mechanisms involved.

A study published this year in Science magazine found that mice without a protein known as toll-like receptor 5 (TLR5) in their gut gain excessive weight and develop full-blown diabetes and fatty liver disease when fed a high-fat diet. If we think of the gut flora as a community, TLR5 is like a neighborhood police force that can keep the houligans in check. Without TLR5, bad bacteria can get out of control.

The study authors found that these bad bacteria caused a low-grade inflammation in the mice, which caused them to eat more and develop insulin resistance. They also found that treating these mice with strong antibiotics (enough to kill most of the bacteria in the gut) reduced their metabolic abnormalities.

But the most interesting part of this study is what happened when the researchers transferred the gut flora from the TLR5-deficient overweight mice into the guts of skinny mice: the skinny mice immediately started eating more and eventually developed the same metabolic abnormalities the overweight mice had. In other words, obesity and diabetes were “transferred” from one group of mice to the other simply by changing their gut flora (as shown in the image below).

Other studies have shown that the composition of the gut flora differs in people who are obese and diabetic, and people who are normal weight with no metabolic irregularities.

One possible mechanism for how changes in the gut flora cause diabesity is that different species of bacteria seem to have different effects on appetite and metabolism. In the study on TLR5 deficient mice I mentioned above, the mice with too much bad bacteria in their guts experienced an increase in appetite and ate about 10 percent more food than their regular relatives. But it wasn’t just that these mice were hungrier and eating more; their metabolisms were damaged. When their food was restricted, they lost weight – but still had insulin resistance.

Other studies have shown that changes in the gut flora can increase the rate at which we absorb fatty acids and carbohydrates, and increase the storage of calories as fat. This means that someone with bad gut flora could eat the same amount of food as someone with a healthy gut, but extract more calories from it and gain more weight.

Bad bugs in the gut can even directly contribute to the metabolic syndrome by increasing the production of insulin (leading to insulin resistance), and by causing inflammation of the hypothalamus (leading to leptin resistance).

What all of this research suggests is that healthy gut bacteria is crucial to maintaining normal weight and metabolism. Unfortunately, several features of the modern lifestyle directly contribute to unhealthy gut flora:

We also know that infants that aren’t breast-fed and are born to mothers with bad gut flora are more likely to develop unhealthy gut bacteria, and that these early differences in gut flora may predict overweight and obesity in the future.

It’s interesting to note that the diabesity epidemic has neatly coincided with the increasing prevalence of factors that disrupt the gut flora. I’m not suggesting that poor gut health is the single cause of obesity and diabetes, but I am suggesting that it likely plays a much larger role than most people think.

How to maintain and restore healthy gut flora

The most obvious first step in maintaining a healthy gut is to avoid all of the things I listed above. But of course that’s not always possible, especially in the case of chronic stress and infections, and whether we were breast-fed or our mothers had healthy guts.

If you’ve been exposed to some of these factors, there are still steps you can take to restore your gut flora:

Bad Behavior has blocked 969 access attempts in the last 7 days.